Given the impacts of open net pen farming – which include permanent damage to the genetics of wild salmon stock, lice epidemics and disease, as well as long lasting environmental damage – it is hard to argue against closed containment systems. 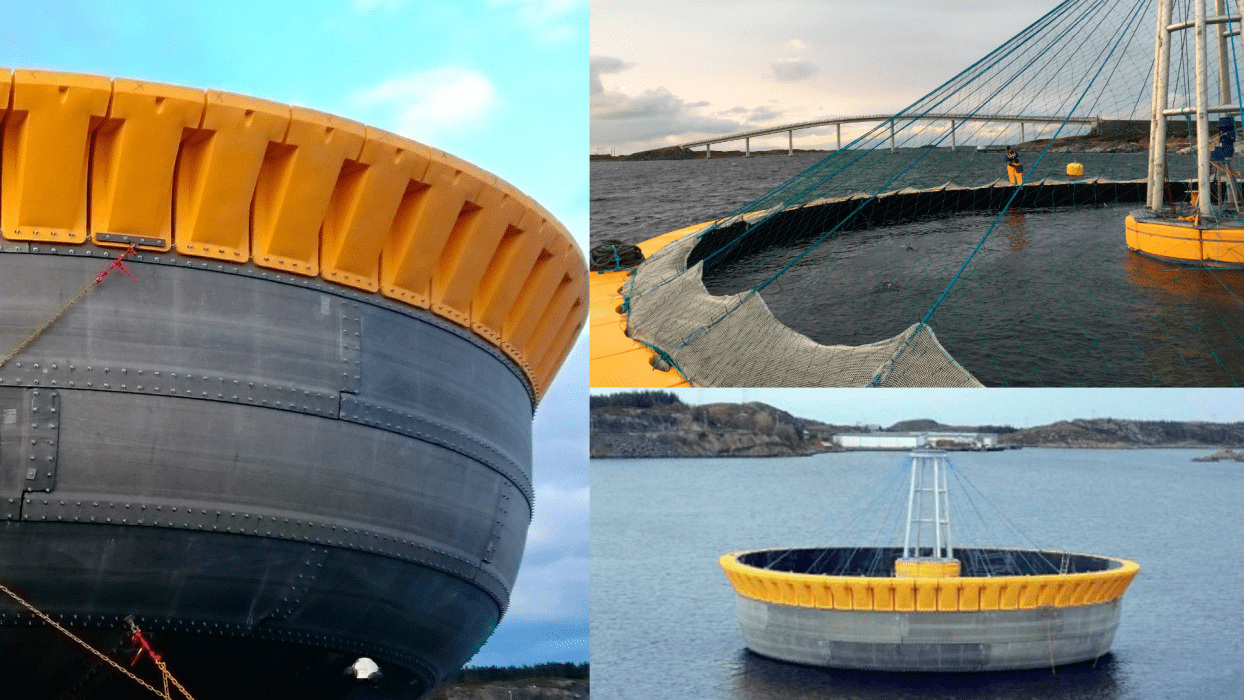 There are two main methods for farming salmon: using open net pens and closed systems or tanks on land. The choice of method depends on whether the farm has the ability to control inflow, drainage, and waste production.

With open net pens, vulnerability to currents and marine activity results in waste falling freely to the sea floor or into the surrounding environment, releasing with it sea lice, microbes, and viruses. With a closed system, however, farms have more control over current, oxygen content, temperature, and waste, eliminating these risks.

Juveniles raised in farms are gradually moved to ever-larger vessels and then quays / tanks in the sea or on land. By raising salmon in closed systems on land or in closed containment in the sea, they grow healthier than in open net pens, free from sea lice infestations, and in systems that must address waste and other outputs.

Land-based production costs are generally higher than in-water production, therefore these salmon farms have been developed as close as possible to markets. Such farms have proven successful in Iceland, where there is good access to water and energy, like Samherji in Öxarfjörður and Matorka in Reykjanes. While salmon farming in closed systems on land cannot yet replace salmon farming in the sea, every effort needs to be made to pursue aquaculture without damaging the environment.

Various methods are used to grow salmon in contained systems, including semi-closed netpens with a durable synthetic fabric (Akvafuture), a closed-loop tank called “the Egg,” (Marine Harvest), and a sealed well-flowing tank (Preline). All these systems are based on the purification and reuse of waste and the pumping of outside water sources free of lice.

A recent assessment of salmon farming in closed systems in Norway found that approximately half of the investment cost of a plant, based on the integration of closed and open systems, is the production license. Production cost rises even more because of high cost of sea lice treatment and attempts to reduce the environmental impact often with limited result.  Closed containment system do not have to spend funds on sea lice treatments or concession fees that is nothing else then a fee for polluting the environment

In contrast to increased costs of closed containment farming, consumers are willing to pay higher prices for certified environmentally friendly production. The government can also control development with the price of production licenses, depending on the type of farm that is proposed. There is no reason to allow farming companies control in that regard. It is unacceptable for the the Icelandic government to bend to the whim of these Norwegian farm owners, leaving the environment and its citizens to suffer the ultimate cost.

Given the impacts of open net pen farming – which include permanent damage to genetics of wild salmon stock, lice epidemics and the potentially fatal treatments imposed on farmed fish, as well as long lasting envionmental damage – it is hard to argue against utilizing closed containment systems.